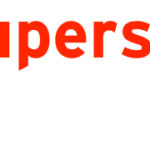 Close to Home: 6 Cafes in HDB Heartlands That You Must Visit

Ewan McGregor plays Christopher Robin, who is stuck in a hectic job in London, overworked and underpaid. He’s left with little time for his wife Evelyn (played by Hayley Atwell) and daughter Madeline (played by Bronte Carmichael).

As adulthood takes a toll on him, Christopher has forgotten about his idyllic childhood spent with a honey-loving stuffed bear and his friends. However, a chance encounter with Pooh leads him to rekindle the childlike wonder that defined his younger days.

Following an unfortunate incident with Christopher Robin’s work briefcase, Pooh, Piglet, Eeyore, and Tigger embark on an exciting journey to London to return his important belongings, proving once more that your best friends will always be there for you.

A heartwarming tale that hits close to home: Christopher Robin

While the animated shows and storybooks feature Pooh as the central character, we often don’t see as much of Christopher Robin. Centring the live-action adaptation around Christopher Robin, therefore, gives audiences a different perspective on the story’s universe, allowing us to love Pooh and gang the way Christopher did – with all our hearts.

As a character, Christopher is extremely easy to relate to. His struggles as an employee, husband, and father resonates with most the adults in the room. Like him, we’ve all felt overwhelmed by responsibilities, or crushed by the pressures of adult life.

Contrasting with Christopher’s complicated world, Pooh’s simple, childlike observations about life take on an almost zen-like quality. This of course frustrates Christopher a little at first – if only because Pooh is often right on the money.

The loveable cast of characters from the Hundred Acre Wood add elements of fun and good-natured humour to the film. Eventually, the story comes full circle when Christopher’s young daughter joins their exciting adventures too – upping the ante on the ‘awww’ factor.

Be a SuperSeed Superhero – support us on Patreon!
SuperSeed TV Patreon Page 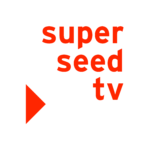